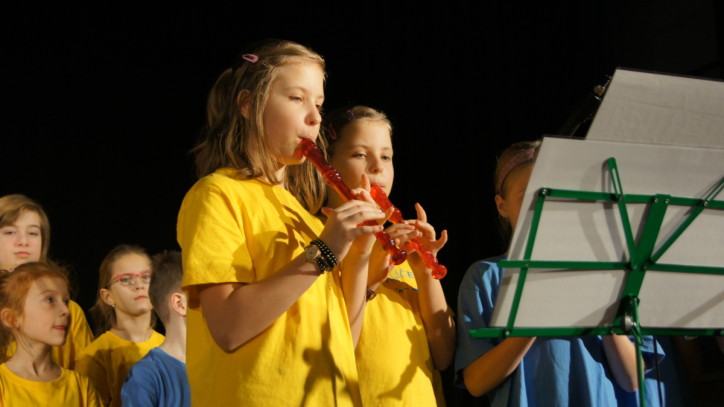 Both young and old voices were buzzing in the Kulturhaus Beseda in Hrádek.  Over 200 guests were filled with excitement during the big performance.  From 10:00 to13:00, the New Year of 2017was heralded by 170 German, Czech, and Polish pupils from the Schkola school organization.  Current themes such as Peace in Europe were musically addressed through song, dance, and recitation. Many moments gave us goose bumps: